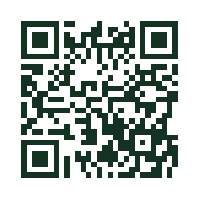 Contributory factors to learner discipline problems: A multivariate approach. Hitherto, researchers in the field of the various causal or contributory factors of learner discipline problems in schools tended to approach each of those factors in isolation. This article reported on research regarding the theoretically justifiable notion of the confluence of the various factors that culminate in learner discipline problems at school. Grade 9 learners as well as their educators completed questionnaires in which they had to indicate on a semantic differential scale the extent to which they thought each of the 36 possible causes played a role in the incidence of learner discipline problems in their school. Routine factor analysis revealed that seven factors contributed to learner misbehaviour in their particular school, namely social problems in society, the influence of parents on the behaviour of their children, the authority of the educator, democratic participation in school governance, the nature of school structures, and also physical and psychological disabilities.
https://doi.org/10.4102/koers.v78i3.449
PDF
HTML
EPUB
XML