Cur crux: is the method significant? 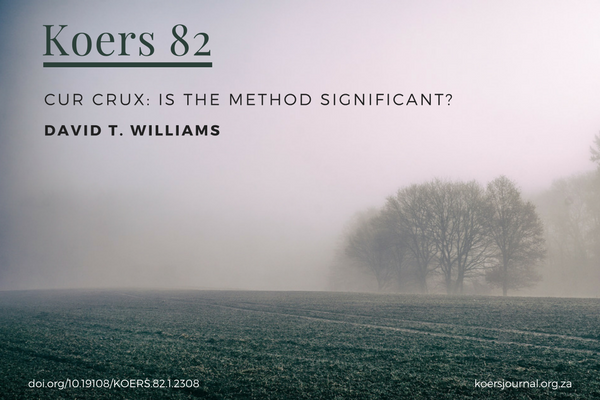 While most recognise the centrality of the cross to Christianity, there is not the same consensus as regards its meaning. Then while it is clear that the suffering and death of Jesus was instrumental in salvation, why did he die in the horrible way that he did? Crucifixion was the preferred method of execution for political offence by the Romans, and by its horror was intended to deter. Paul understands that the crucified, by being hung, bears a curse, which is carried by Christ so that people can be blessed in the declaration of justification. The actual suffering and death was due to enforced immobility, a total loss of freedom, and is the ultimate in the process of self-emptying by the son of God in incarnation. As such it is an appropriate penalty for sin which is an abuse of the liberty given to humanity. These three reasons for the cross then relate to the main theories of the atonement which are aspects of a full understanding. Union with Christ in his suffering is then atoning.