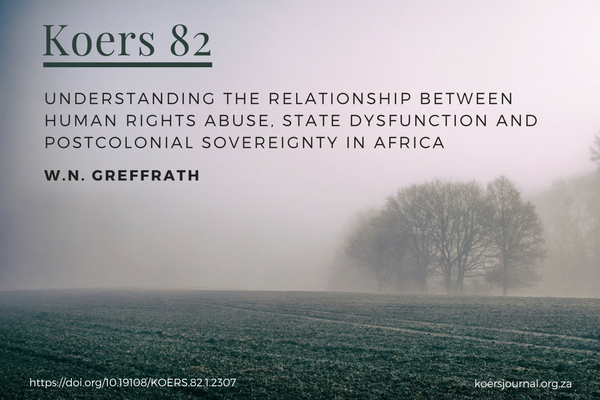 This article explores the interrelationship between the phenomena of state dysfunction, human rights abuse and postcolonial states in the African context.  The incidence and extent of state dysfunction and human rights abuse are evaluated empirically, which reveals that dysfunctional states in Africa are generally guilty of neglecting human rights.  I attempting to understand this apparent correlation, the politico-juridical construct of negative sovereignty, as formulated by Robert Jackson, is analysed with specific reference to postcolonial African states.  The analysis suggests, paradoxically, dysfunctional states may utilise the same normative precepts that served as justifications for decolonisation (such as self-determination and non-intervention) to obfuscate or obstruct the scrutiny of human rights domestically. From these insights it is posited that functional states, both in institutional and political terms, may serve as the most effective bulwark of human rights in Africa, and that the phenomenon of state dysfunction as it relates to domestic human rights violations warrants more consideration.