Managing plagiarism of South African Honours students: Does an intervention have any effect? 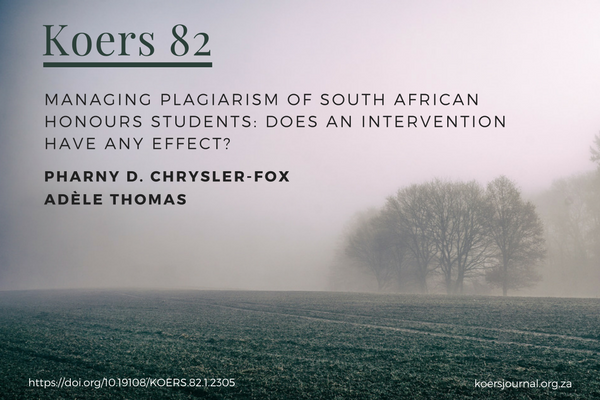 The aim of the study was to investigate whether an intervention to address post-graduate student plagiarism in an Honours programme in Human Resource Management at a South African university had an impact one-year later. In a quasi-experimental design, the sample comprised 34 students in a control group and 70 students in two intervention groups. Student essays were examined for different types of plagiarism at two different times and compared by means of Wilcoxon Signed-Rank and Kruskal-Wallis tests. Findings indicate that students who were exposed to both parts of an intervention evidenced less plagiarism in their essays one year later than those who were exposed to only one part of the intervention or no intervention at all.