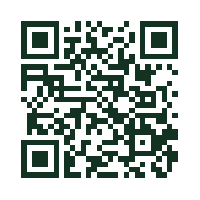 Homo ludens or homo respondens? A Christian-philosophical response to a contemporary view of the human being as primarily a player instead of an answerer. In this article the contrast between a contemporary view of the human being as primarily a player (homo ludens) and the biblical view of a responding being (homo respondens) is investigated. The contribution develops as follows. The reader is first provided with an overview of the multiplicity of anthropologies developed in the course of western philosophy. This overview includes the contemporary, postmodern characterisation of the human being as structurally a homo ludens. This is, in the second place, followed by a brief exposition of how a reformational anthropology regards the human being as multidimentional and religious in nature. It therefore rejects all kinds of ‘isms’ which one-sidedly try to explain human nature from only one (or two) of its many facets, reducing all other aspects to the one absolutised. The question is then asked whether, from a Christian-philosophical perspective, a more comprehensive, directional concept should not be used to describe who a human being is. Such an embracing idea may be that humans can basically be defined as answering creatures. Matthew 11 (where the two concepts of a homo ludens and homo respondens stands in sharp contrast) serves as example of the fact that the idea of a homo respondens is employed generally in the Bible. Since this article is a tribute to Professor Ponti Venter, the concluding part indicates how also the jubilaris, approaching his seventieth birthday, in his life and publications embodied the idea of a homo respondens.
https://doi.org/10.4102/koers.v78i2.63
PDF
HTML
EPUB
XML