“In a Golden Coach”: an educational musical event about fullness of life 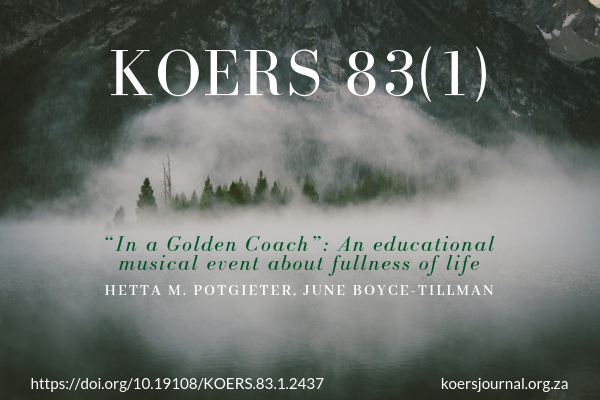 This article discusses a community musical event that took place in Winchester Cathedral on 17 November 2012. June Boyce-Tillman annually composes a participatory community music making event with a specific theme. One such event, In a Golden Coach, was designed for mass participation, in which school-children, dispersed instruments, an orchestra, solo singers, three community choirs and the cathedral organ participated. The central theme of the musical event was that the nature of the Queen’s vocation to serve people which can make her a role model for children.  She lived a life that could be associated with fullness of life.  Unstructured interviews with a group of pupils from two schools who participated in the performance, combined with an autoethnographic account of the composer’s intentions and aspirations, shed an interesting light on the role of musicking in the expression of spirituality. These two data sources are combined using grounded theory, and then applied to prominent concepts in the literature on spirituality particularly from Radboud University, Nijmegen. Finally, the expression of spirituality of performance is linked with the Aristotelian concept of eudaimonia, which is commonly translated as ‘wellbeing’ and can be related to fullness of life. The educational value of the musical event has moments that highlight fullness of life.