The shift to the subject in 20th century philosophy of science: A liberating move? 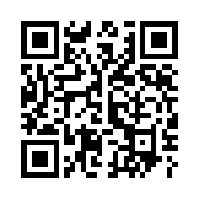 During the 20th century, the ‘subject’ of knowledge (i.e. the individual scientist or a scientific community) was attributed an increasingly relevant role in (the philosophy of) science. Anchoring scientific knowledge to the subject (rather than to the object, as in early positivism) was proposed as a ‘liberating’ move, leading to a less authoritarian and rationalistic view of science. This article provides a reformational point of view on the topic. A historical documentation of the shift to the subject is provided by visiting the philosophies of Popper, Kuhn, Collins and others. It is argued that the promise of a more libertarian or emancipating conception of science was challenged by several problems. In particular, the conflict between an individual and a communal understanding of the subject is highlighted. Furthermore, it is argued that the roots of the phenomenon in most cases remain hidden. An interpretation of the shift and the sketch of an alternative approach conclude the article.
https://doi.org/10.4102/koers.v79i1.2128
PDF
HTML
EPUB
XML