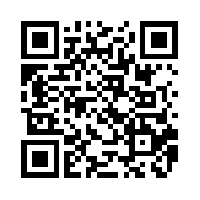 The concept woman: A feminist historiography of the relation between female and male. This article analyses the presuppositions underlying the feminist philosopher Prudence Allen’s important book, The concept of woman, on the history of the idea of woman and women’s relation to the other sex. Following the method of the history of ideas, she investigates the viewpoints of about 60 male and female western thinkers during 750 BC – AD 1250. She distinguishes three basic models in the relation between female and male, viz. gender unity, polarity and complementarity. The writer of his article, however, highlights apart from other queries, two major problems with her historiography. Firstly, she does not indicate clearly enough how different ontic-anthropological philosophical starting points determined the differing viewpoints on the two genders. Secondly, instead of accepting a norm from outside, she looks for a directive on the relation between male and female (in a subjectivist way) in the relation itself. Such an approach is the consequence of her dualistic division between a supposed neutral philosophy and Christian theology. She also does not succeed to apply her nature-grace and philosophy-theology distinction consistently in her review of history. Furthermore, Allen’s preference for the idea of complementarity is questioned. To stimulate further reflection, a few contemporary protestant views on the same issue are pointed out. In conclusion a follow-up contribution is envisaged which will indicate that a consistent problem-historical method of philosophical historiography may provide answers to the two main shortcomings identified in Allen’s otherwise captivating and ground-breaking study.